Crazy, isn’t it, that we buy or consume that which we don’t really need?

I have often wondered how is it possible that just moments after I have said to myself, “NO, Joan, you do not need that!” There I’d be buying it and bringing it home!

I’m pretty sure I was totally clear.

What is with that?

What is it that’s us wanting stuff that’s truly not great for us, holds no real purpose, and goes against the very thing we don’t need? Maybe even harms our financial objectives.

That’s a question I have asked many times over the years as I advised folks on money behaviour. They would make a terrific strategy to follow, absolutely clear on what they were going to do. However, by their next appointment, only a couple weeks apart, they would have done precisely the opposite of what they planned.

Why did they sabotage the many dedicated and clear goals and plans that they made?

And, yet, there they sat with the results. Not to mention, together with an unplanned purchase, came a flurry of other purchases they did not need.

Costly items that they had not even planned to buy.

Was it simply the act of producing a plan? Did the plan feel like limit or deprivation?

Or, was it something else?

Good question. A question where there are many answers. However, for now, let us focus on the two sabotages I see most often when we do the contrary of what we planned to perform.

Let us use the example of making a PLAN. Whether that’s a written monetary plan or an affirmation you made on your own, let us look at what happens when we do this.

First, we do not really believe it. The main reason is that most often when we make a plan, goal, or affirmation, we tend to choose things we believe we SHOULD do or not do — the behaviours we would like to change that we aren’t delighted with — and hang our hats on those. And, although we really want to change things up, we do not truly believe it. Yet…

We insist we could do it. Whether to spend less, save more, or not eat that food that is banned, we set our sites on attaining this change. Despite the fact that, as stated above, we do not truly believe we could. But then…

A previously unknown or unrecognized desire surges forth. Or, your best friend got one. Or, you saw a great promotion on tv about it.

NOW you have to have it. You convince yourself you want it. Even though it totally sabotages your plan.

You say to yourself, “Who knew I would want that when I left my plan? I work hard for my money, certainly I deserve it.”

So, you ignore your strategy and you buy it anyway. You throw out the best laid plan or affirmation and just do it. You convince yourself that you can’t live without it. And, the excuses and reasons pour forth.

But then, comes the second sabotage…

As soon as you’ve bought a brand new thing (yes, that buy you had no idea you needed), suddenly everything else looks shabby or forlorn in comparison. 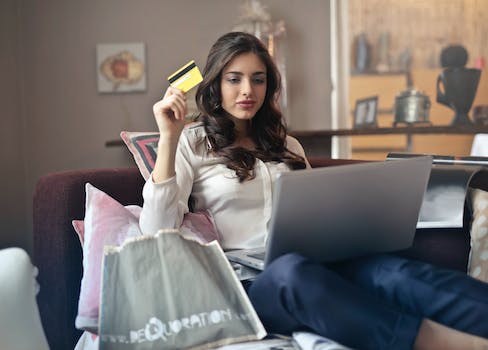 The new deck furniture now needs new cushions, a trendy outdoor rug to set it all off and an awning for shade.

How do we overcome both of these aspects which sabotage the best of intentions, plans, or goals?

There are numerous ways to overcome these sabotages, like reducing your exposure to what pushes your buttons, possibly a 30 day period (or longer) without purchasing anything new, or when you buy one, you get rid of one.

Take your choice, mix it up.

Just bear in mind that this very simple fact — “… wanting is just an alternative your mind provides, not an order you have to follow.”

That’s right. Just because it pops up as something you unexpectedly WANT, it is only an option you do not have to follow.

Oh, and incidentally, this doesn’t just apply to your currency behavior. Keep your eyes and awareness open to how it shows up in different behaviors like your diet!